The economy, the market, money, business, work, all this is part of our day to day life, to improve the economic aspects of our lives is necessary and important to understand the economy and the market, not only because that way we can make better decisions in our personal lives, but also because we can make better decisions when it comes to voting, if you would like to vote, of course. In this post we will talk about the importance of Economics in our lives and why we should know at least the basics of Economics.

Wherever you go, whatever you do you will notice that the economy is present, when you walk down the street and you see any kind of transaction, taxis working, other people walking to go to do their errands, the economy and the market are very present in everything, from the simplest things like buying a can of soda to starting your own business. It is also important to know how societies, businesses, individuals and even governments manipulate the “resources” they possess. Considering the importance of economics in our lives, it should logically be important to understand it, just as if you like to use a computer you will try to learn more about how to use it to get more out of it, so the same should happen here because knowing more about how the market works and our nation’s economy could help us a lot to get more out of it.

We have to keep in mind that the Economy is not something we can control as individuals, I as a simple citizen cannot change the sad economic situation of my country, for example, because besides having a market that is something much bigger, there is a government that regulates and manipulates the economy, causing a disaster. All this has a connection, and that is that the market creates offers and demands, but people are the market, you are the market, I am the market, we are all part of the market, we all help to move the economy in one way or another by buying, selling or contracting any product or service. 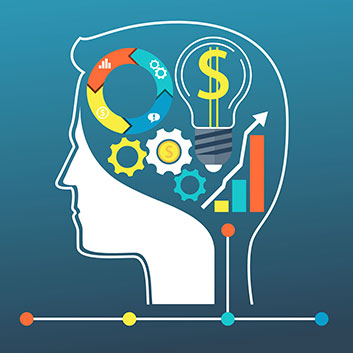 Being something we can’t control at will, which is so important to our lives and above all involves us so much almost without us knowing it. It is important to understand that our decisions affect you in one way or another, especially when it comes to voting for a politician who will be in charge of stealing from you, wasting money unnecessarily, creating problems and investing in stupid things or things you consider unnecessary with your money in the name of “Of the nation and democracy”, that politician will also be in charge of implementing an economic model, perhaps a more interventionist one which translates into many taxes and a long-term economic disaster, or a more “free” model where you should not be charged so many taxes and there should not be “so many” regulations and interventions.

Having knowledge of the economy and what is best for it would politically translate into fewer stupid choices than in the long run it will only lead to a collapse and personally to better management of your finances and a better understanding of market behaviour, it is a win-win, not only for you as an individual, but also for society and the country.

This is a big problem for the education system and democracy, why, because the current education system, and I am generalizing… It doesn’t teach such important things as basic economics, which is something fundamental to our lives, whether we are economists or not, I don’t mean knowing everything about the subject, but at least knowing the basics, what it is, how it works, the schools, the market. There is a phrase that says “If the socialists knew about economics they would not be socialists”, it would be interesting to know why, right?, it would be interesting to know why Keynes was wrong, right?, it would be interesting to know why certain economies considered to be “capitalist” and also the “Communists” failed, all this is interesting and important to know so as not to make decisions that would make us fall into the same failed strategies again and again.

This is one of the great problems of the Education System and in the case of Democracy, Socrates thought that “people could not be put in a position to decide on fundamental issues of which they were totally ignorant”, and he was absolutely right, in fact, it was those same ignorants who unjustly sentenced him to death, as a curious fact. Something similar happens with the Economy, when we put the fate of our nation’s economy in the hands of ignorant people we are literally flipping a coin. Elections more than a choice to see who wins, left or right, is more a choice to see what wins, human stupidity or logic. Javier Milei, a renowned Argentine economist, says “The only way that human beings have discovered to eliminate poverty is called economic growth”, an example of this is industrial revolutions.

The media do a great job of misinforming and selling propaganda, they are also part of the problem of widespread ignorance in our societies, if they don’t teach you anything at school and you don’t give it the importance it deserves, then you are an easy target for the media propaganda machine that seeks to drive a political agenda. All this because they do not know that “There is no such thing as a free lunch”.

In conclusion, understanding things that directly and indirectly affect our lives, such as the economy, is never too much; in fact, understanding them would be very beneficial for our person, family and society. Not understanding them and living with a blindfold would only mean negative things, we would be more manipulable by the media and politicians, we would make worse decisions in everything that involves the matter and this would only translate into problems. Thanks for reading, peace.