Since the Second World War Fascism has gained such a negative reputation, so negative that even many fear Fascism more than Communism, this could be due to excellent leftist propaganda. Many also consider Fascism to be synonymous with the political right and capitalism, but this is totally wrong, today we will see why. 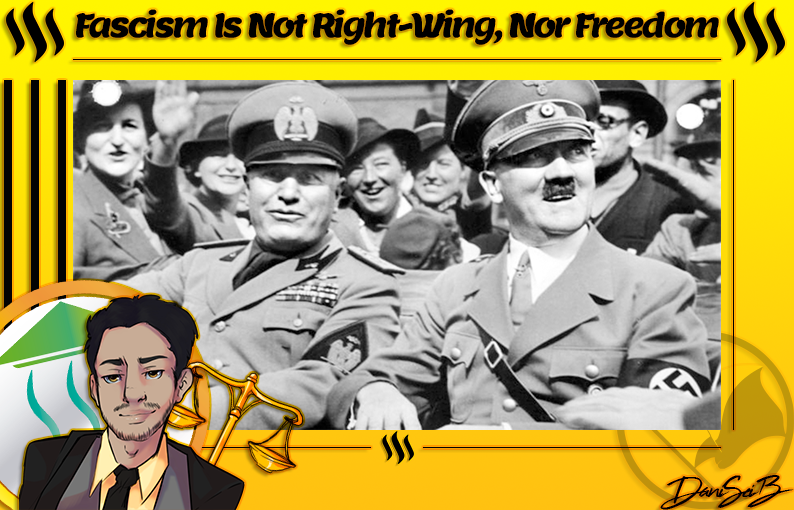 Stanley Payne, American historian and writer defines Fascism as “A form of revolutionary ultra-nationalism for a national rebirth that is based on a primarily vitalist philosophy, is structured on extreme elitism, mass mobilization, and the Fuhrerprinzip, positively values violence as ends as well as means, and tends to normatize war and/or the military virtues.”Throughout history we have observed that Fascists have a very authoritarian ideology, are militaristic and allow a corporatist economy, where the government decides who wins and who loses and companies must be subject to the laws and regulations dictated by the state.

Today it is very common to hear someone calling someone Fascist for supporting a free market or the political right, this is obviously wrong because Fascism is the most “radicalized” version of Nationalism, which is a political current that does not belong to the classic Left and Right scheme, and as far as ideology is concerned Fascists have a very different way of doing things than Conservatives, The Conservatives do not want such a powerful government, much less an authoritarian one, the right wing seeks to preserve values and traditions with state support and to maintain an economy “without so many regulations”, Fascism is contrary to this, they seek an authoritarian government with absolute control and a corporatism with more regulations than the usual ones in a system like the American one, for example, which is also a Corporatism. This means that as a system it enforces unity as the overriding social value and any threat to unity is met with crushing force. Thus limiting economic and individual freedoms. 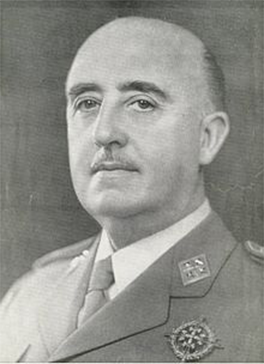 Although as an economic system the Fascist/Nationalist model has been historically quite efficient, the big problem it has is the limitation of the economy by regulations, prohibitions and so on, worthy of an authoritarian government, by forcing companies to work and produce for the benefit of the nation, if done decently well you will achieve a great benefit, at the expense of course of the People is not free to do what they want. Their purpose is to serve the state and the leader. They are controlled by force or by propaganda. Fascism promoted unity against others, at the expense of others, using hate as a glue for unity. In itself, fascism is more to the left than to the right, it is repressive, authoritarian, possesses or desires a powerful state with the capacity to control everything or almost everything, with the only difference that Communism does not accept private property and the economy is totally controlled, Fascism ends up being a much more benevolent dictatorship that normally generates economic progress.

The Communist propaganda of calling everything you don’t think the same as they do is stupid and ironically Fascist. Observe the behavior of Liberals or Progressives and their fascist attitudes towards freedom and free speech is pathetic. People cannot force others to believe or live by their authoritarian ideals because they think their intentions are “good” or “right”. Does this mean that Fascism is Left, no, Fascism is neither Left nor Right, I just wanted to make clear the point that Left propaganda is totally wrong and that in fact, there are more aspects shared by Leftists and Fascists than right-wing and Fascists. Hitler es un excelente ejemplo de esto, su partido Nacional Socialismo era Fascista de corte izquierdista.

I believe that individual and economic freedom is vital for society, and Fascism is an ideology that basically runs counter to this because of its authoritarian and controlling economic character. I cannot agree with them, although it is true that propaganda against fascism is brutal and even undeserved when you note that Communism has been much worse and even today it is an idolized ideology. I’m sorry, Fascist readers, but freedom is not negotiated. Thanks for reading, Peace. 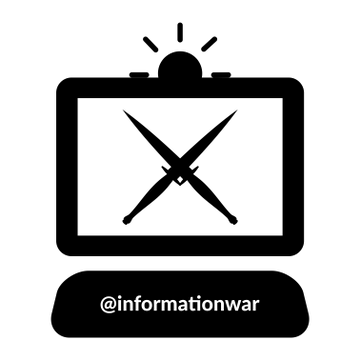 ✅ Our purpose is to encourage posts discussing Information War, Propaganda, Disinformation and other false narratives. We currently have over 7,500 Steem Power and 20+ people following the curation trail to support Our Mission.

✅ Join our Discord and chat with 200+ fellow Informationwar Activists.

Ways you can help the @informationwar